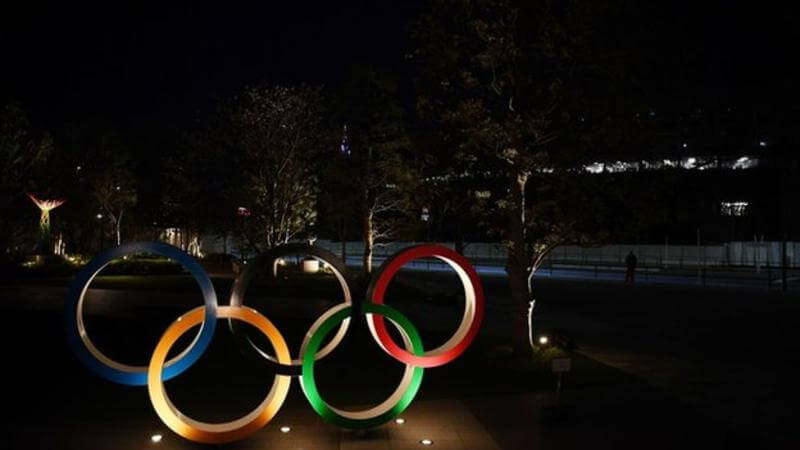 There is a moment at an Olympic Games, some point after the opening ceremony and around the time where everything around you is drama and smashed records and new heroes, when you look around and think: there is no other square mile or so of the planet that has as many people staring at it as this.

That's what the summer Games do. They make you feel like you're at the centre of the world. And it's why it took the International Olympic Committee so long to realise that Tokyo 2020 had to be postponed, and why there could be no other decision.

The IOC has the history, the power and the self-regard to pull off something as complicated, expensive and vainglorious as an Olympics. Those same characteristics can also leave it out of touch with wider forces at play around it. It is used to nations wooing it and coming in supplication, not the other way round

Olympics and Paralympics have taken place in financial crises, after terrorist atrocities, with governments in meltdown. They have been able to march on regardless because of the corporate money behind them but also the enduring purity of their central appeal: that they will bring the young people of the world together, and they will bring their families and friends and compatriots along with them for the ride.

Only when it became clear that there could be no gathering of the brightest and the best did the Olympic machine creak to a halt. When half the globe is under curfew in their own homes the idea of a vast assembly of เว็บพนันออนไลน์ athletes and spectators no longer makes any sense. The world has changed and so must the Olympics too.

You can't wait another four weeks to see where the coronavirus pandemic is, because every day matters to the athletes at this stage. A pole-vaulter cannot prepare for an Olympics with star-jumps in the back garden. A rowing eight cannot train independently in their garages. Boxers need sparring partners, tennis players need opponents.

All of them need coaches, and medical staff, and proper nutrition. They need tracks, and gyms, and velodromes. They need swimming pools, open roads and changing rooms.

They need Olympic selection races, and bouts, and contests. They need to be watched by judges and dope-tested by officials. There must be a crowd to watch so all the effort and strain and practice makes some sort of sense, and there must be broadcasters and writers and cameraman and press officers so any else can hear about it all.

It is not a cheap decision to push the biggest gathering in sport back a year. Olympic and Paralympic Games bring something special to every host city but they come at an eye-watering price. Those costs escalate rapidly when finished stadiums are operating but empty, when contracts to make transport work and security function and logistics take place have to be extended months after they were designed to end.

It has a seismic effect on the athletes who have spent almost four years building to one three-week period in midsummer. Not all will be able to peak again next year. Some will be too old, others injured.

Lives are structured around Olympic years. Families are put on hold. Babies are delayed. Weddings and engagements are forced to wait for the autumn or the empty winter beyond.

And they dictate how you pay the bills. Even in the UK National Lottery funding only touches a select group.

When you exist on prize money and appearance fees, the obliteration of your year's competition schedule is about more than just racing. When you supplement that with speaking engagements and school visits, the greatest squeeze on private finances in a generation and the part-closure of the education system has a direct effect on your ability to compete.

This is not an existential crisis like the African boycott of 1976, the US-led boycott of Moscow in 1980 or the tit-for-tat Eastern Bloc boycott of the Los Angeles Olympics four years later.

The Olympics as an idea retains its allure. There are no breakaways or rival circuits coming. Japan has the finances to keep this vast operation going for another 12 months in a way that would have been beyond the Brazilian government four years ago and certainly the Greek government in 2004 and its aftermath.

It may even, perversely, be the making of the Tokyo Games.

Olympics have been beset by scandal for as long as they've been going on - bribery here, doping there, venues left empty and rotting.

For all that you leave a summer Games uplifted by much of what you have witnessed, you also wonder at what cost it has all come. What really has been the legacy of those profligate three weeks, when the sponsors are mainly fast-food and soft drinks companies and most of those watching will disengage as soon as they are done, let alone ever contemplate taking up those sports themselves?

Tokyo, when it happens, will be the first global celebration in the aftermath of the pandemic. After months when we have lived apart, when we have done nothing as part of a larger group, there will be an event, and a narrative, that pulls each nation with it.

You sit in the main Olympic stadium and look around at the flags of almost 200 competing nations hanging from the roof and only then do you truly appreciate the truly collective nature of what is happening on the track and field below.

You see thousands of athletes pouring in to the closing ceremony, some winners, most losers, and you see the smiles and the dancing and feel the culmination of so many discrete journeys.

You go out in the host city on the final night and see all the myriad body shapes and sizes and play 'guess the sport', and you see a small, skinny distance runner chatting up a volleyball player twice their size, or a Bulgarian weightlifter swapping pin badges with a Paraguayan modern pentathlete, and you can't imagine all this happening any other way.

Tokyo will be all that and more. The world emerging from its darkest period in 70 years. A celebration of all we still have in common, a carnival unleashed that no-one will take for granted ever again.

Login to quote this blog

You cannot quote because this article is private.